The Heart of America Eye Care Congress, in collaboration with VSP Global®, is proud to announce the Dr. Frank D. Fontana Memorial Scholarship. Affectionately known as "Uncle Frank", Dr. Fontana practiced for nearly 70 years, leaving an unmatched legacy behind as a colleague, mentor, and friend to so many.

One optometry student will be awarded a $4,250 scholarship, plus a $750 travel grant to attend the Heart of America Eye Care Congress in February 2023. Recipient must attend this event to receive the scholarship and travel grant. 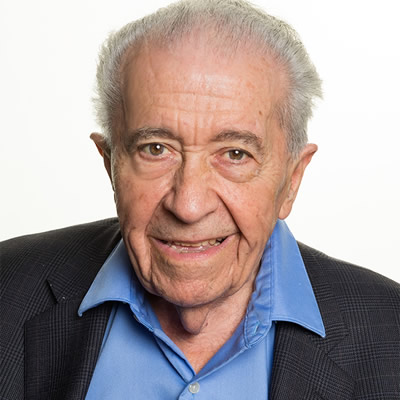 Few people have had such a positive impact on so many as did St. Louis optometrist Dr. Frank Fontana. Affectionately called "Uncle Frank" by hundreds of peers and friends throughout optometry, Dr. Fontana earned his nickname by serving as a mentor and advocate for countless optometric educators and future leaders of the profession. He was an internationally recognized speaker and a true pioneer during the early years of contact lenses, helping train many of his colleagues throughout the U.S. in this then-new technology. He passed away in October 2018 at the age of 96.

Dr. Fontana began his career after serving in World War II, spending 35 months in the Army, 28 of those stationed in Europe. Educated under the G.I. Bill, he graduated from the Illinois College of Optometry in 1949 and opened his practice in St. Louis the following year. He leaves behind many generations of patients who he has cared for since they were children.

Dr. Fontana held leadership positions in many groups, including the Missouri Optometric Association and the American Optometric Association (AOA). He founded the Contact Lens & Cornea Section of the AOA and co-founded the Heart of America Contact Lens Society. In his long and distinguished career, he worked with optometric publications, manufacturers, and educators, and received countless honors, including recognition on the floor of the Missouri Statehouse, where the governor — a patient of his — told officials Dr. Fontana was the reason he could see at all.